October 09, 2015
You unlock this door with the key of imagination. Beyond it is another dimension—a dimension of sound, a dimension of sight, a dimension of mind. You're moving into a land of both shadow and substance, of things and ideas. You've just crossed over into the Twilight Zone
~Rod Stirling

My final Twilight Zone post.  I got lost and opened the creepy white door at the end of a tunnel.  Oops.  All the Twilight Zone decor is by Circa Living and can be found at Genre.  The event ends in only a few days so do not miss it.  I love bizarre and weird things so this theme was super special awesome for me.  :P  I am wearing the Catwa head and for the pose I messed around with some of infiniti's abduction poses.  The skin is by 7 Deadly Skins and is actually darker than the image looks.  The image I made everything look like an old episode of the show but when you demo the skin inworld it is much darker.  Fair warning.  Enjoy! 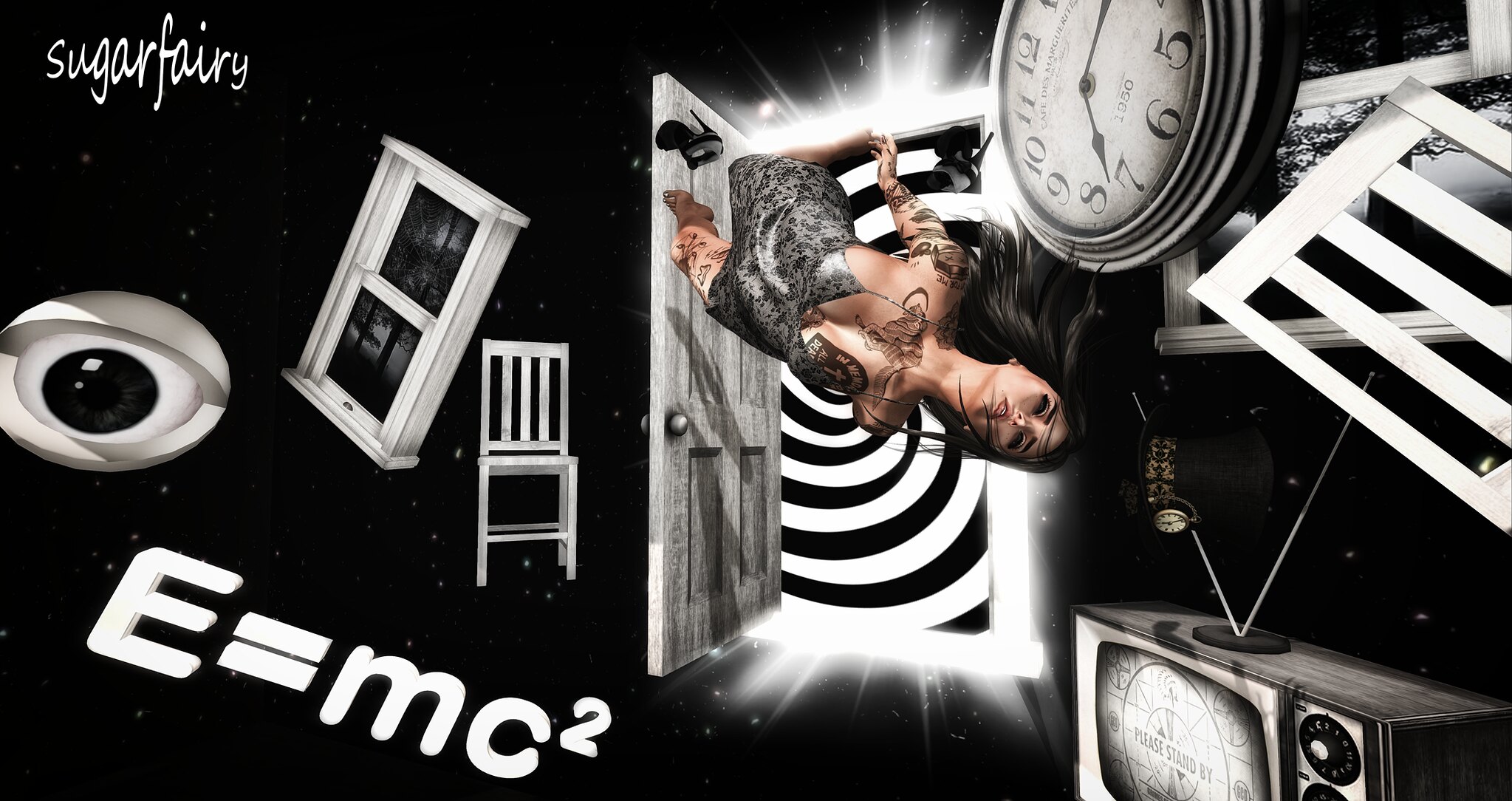