February 26, 2020
"Inhale this but do not touch.   What you do not smell is called Iocane powder. It is  odorless, tasteless, dissolves instantly in liquid, and is among the more deadly poisons known to man."

Dread Pirate Roberts turns away from Vizzini with the goblets, and pours the poison in. Goblets replaced on the table, one in front of each.

"All right. Where is the poison? The battle of wits has begun. It ends when you decide and we both drink, and find out who is right...and who is dead."
~Dread Pirate Roberts, A Princess Bride "A battle of wits scene" 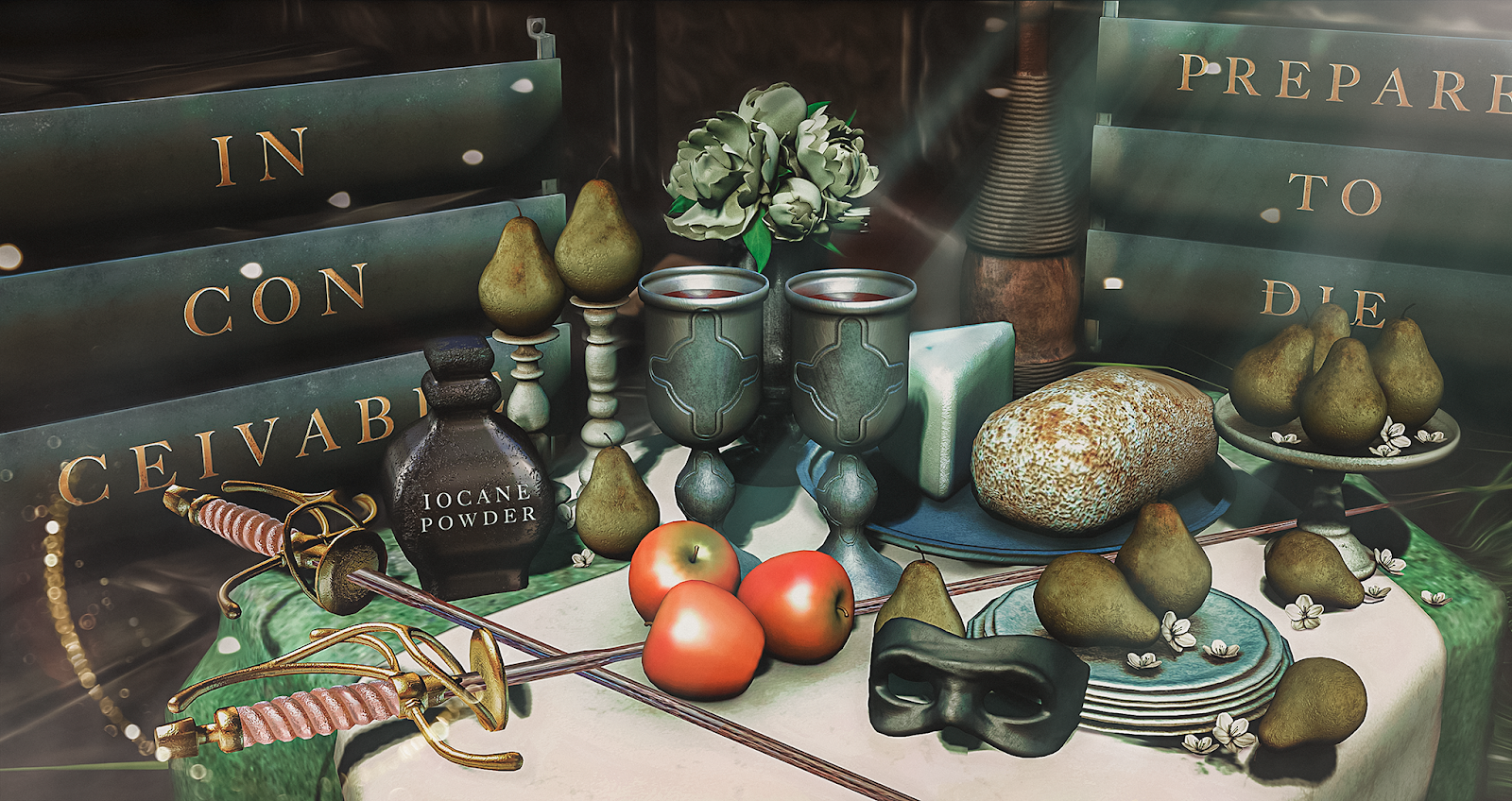