August 10, 2017
We are all like Scheherazade's husband, in that we want to know what happens next.
~E. M. Forster

Scheherazade is the storyteller of the collection of world famous stories titled: Arabian Nights or 1001 Nights.
The story goes that Shahryar found out one day that his first wife was unfaithful to him. Therefore, he resolved to marry a new virgin each day as well as behead the previous day's wife, so that she would have no chance to be unfaithful to him. He had killed 1,000 such women by the time he was introduced to Scheherazade, the vizier's daughter.
Against her father's wishes, Scheherazade volunteered to spend one night with the king. Once in the king's chambers, Scheherazade asked if she might bid one last farewell to her beloved sister, Dunyazade who had secretly been prepared to ask Scheherazade to tell a story during the long night. The king lay awake and listened with awe as Scheherazade told her first story. The night passed by, and Scheherazade stopped in the middle of the story. The king asked her to finish, but Scheherazade said there was no time, as dawn was breaking. So, the king spared her life for one day to finish the story the next night. The following night, Scheherazade finished the story and then began a second, even more exciting tale, which she again stopped halfway through at dawn. Again, the king spared her life for one more day so she could finish the second story.

And so the king kept Scheherazade alive day by day, as he eagerly anticipated the finishing of the previous night's story. At the end of 1,001 nights, and 1,000 stories, Scheherazade told the king that she had no more tales to tell him. During these 1,001 nights, the king had fallen in love with Scheherazade. He spared her life, and made her his queen.

Enchantment opens on August 12th and the story theme is 1001 Nights!
Come join us as Scheherazade begins telling us all a new story bringing new life and imagination into our hearts.  1001 Nights includes the following stories: Aladdin, Sinbad, Alibaba and the 40 thieves and more . . . Landmarks to the event coming soon! 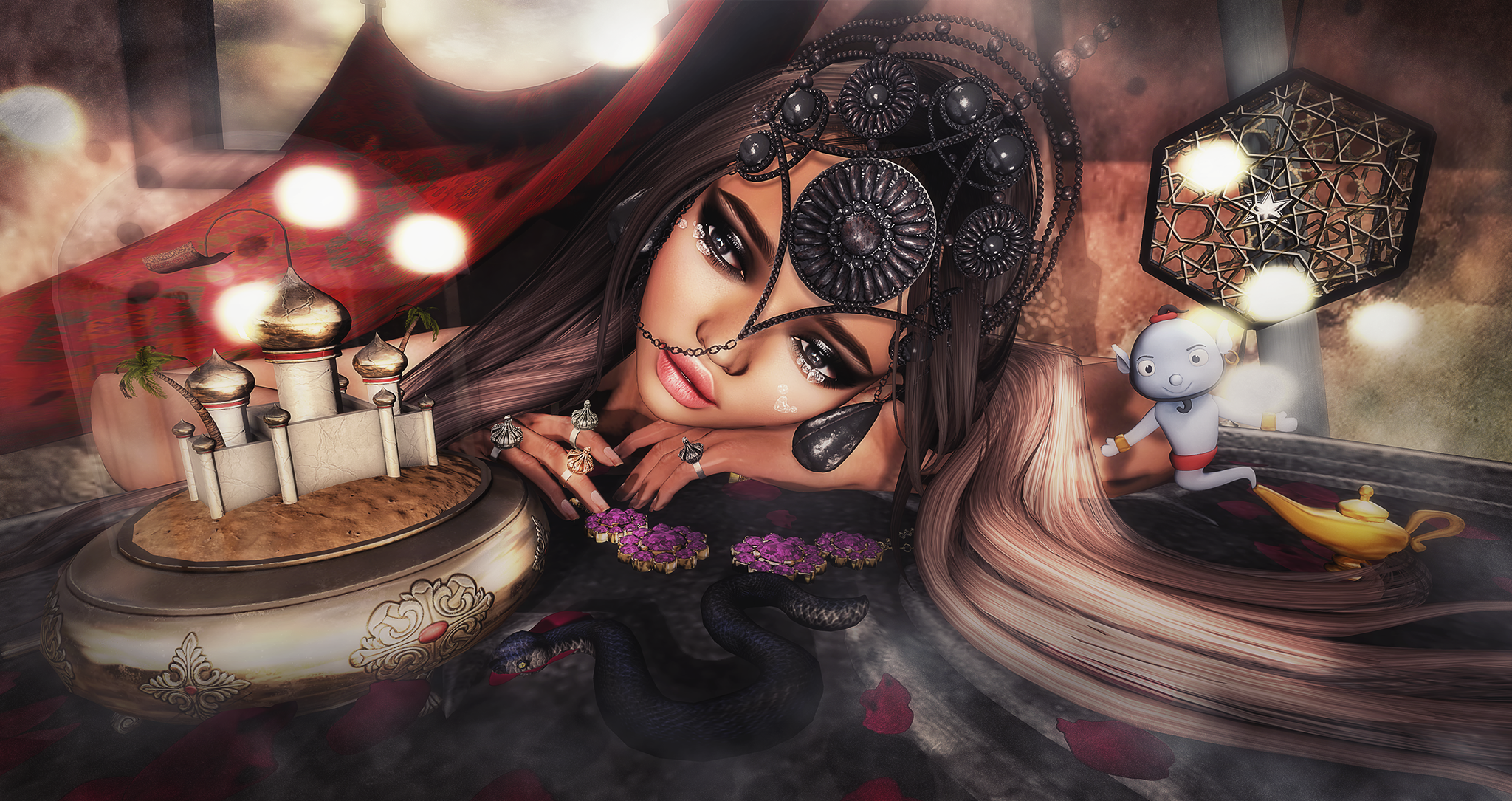