Japonica is opening on July 1st for it's summer round!!!
Check out all the Japanese culture creations by some of the best designers in SL.  I am featuring 2 designers from the event: Boildegg & TKW.  Event ends July 23rd.  The dress is from the current Eastern Asia round of Genre.

The skin is an older release by Lumae and is 50% ff now in her shop until June 30th.  All her skins include ALL appliers and they do work on Bento heads.  Again, your shape will affect how a skin looks so demo, demo DEMO!!!  I am in Lelutka Cate (Bento) for this picture.  All of Lumaes previous skins look gorgeous on it! 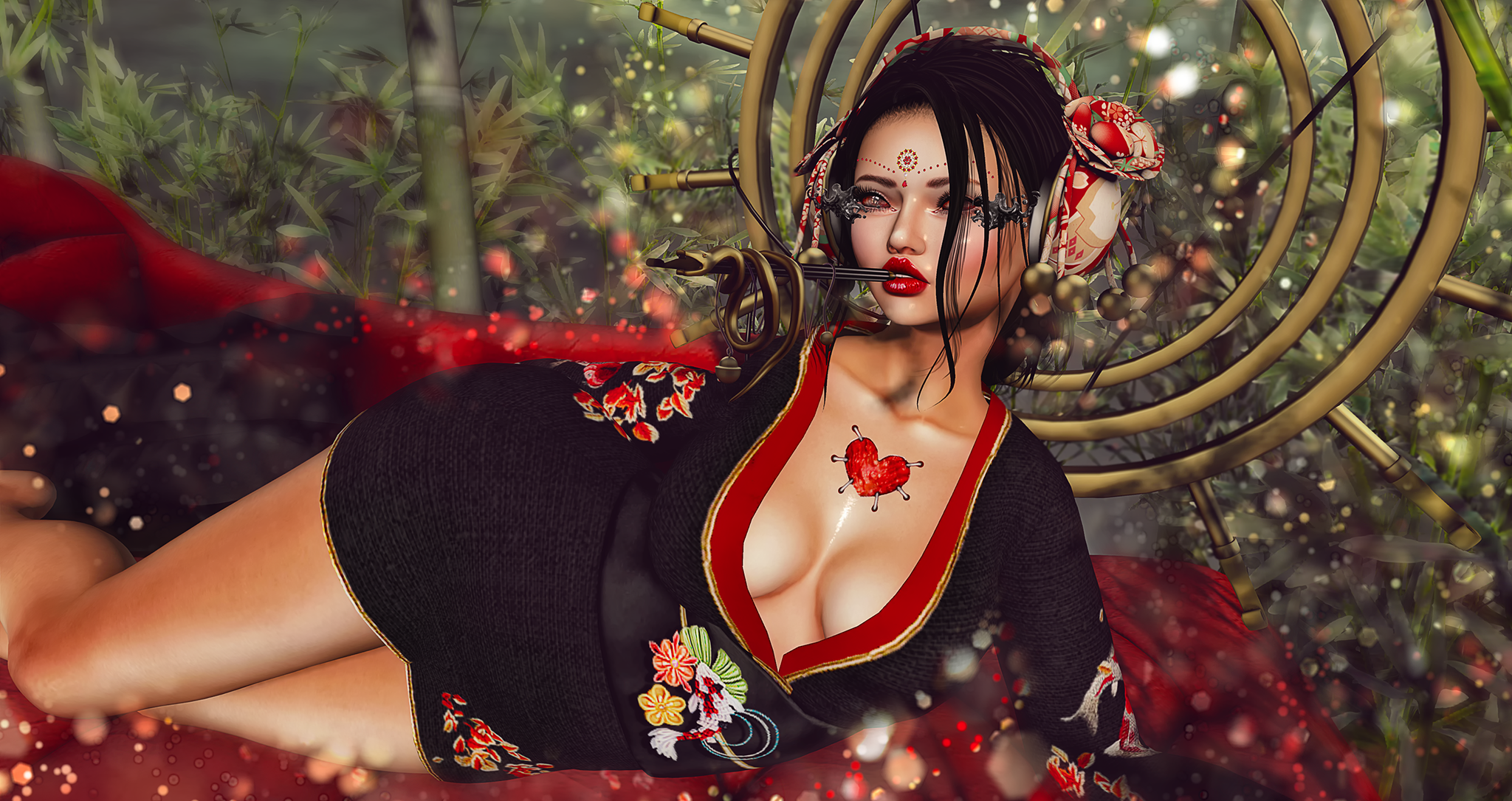