June 19, 2017
I had a dream that all of time was running dry
and life was like a comet falling from the sky

I woke so frightened in the dawning, oh so clear
How precious is the time we have here

Are we not wise enough to give all we are?
Surely we're bright enough to outshine the stars
The human kind gets so lost in finding its way
but we have a chance to make a difference til our dying day
~Lamb

Madpea has this amazing gacha at The Man Cave!  It is old style audio decor and its great for those who love that retro vibe to their homes or photos.  Im showcasing it here with some new releases from Genre.  Genre is Eastern Asia themed and has tons of cute items! 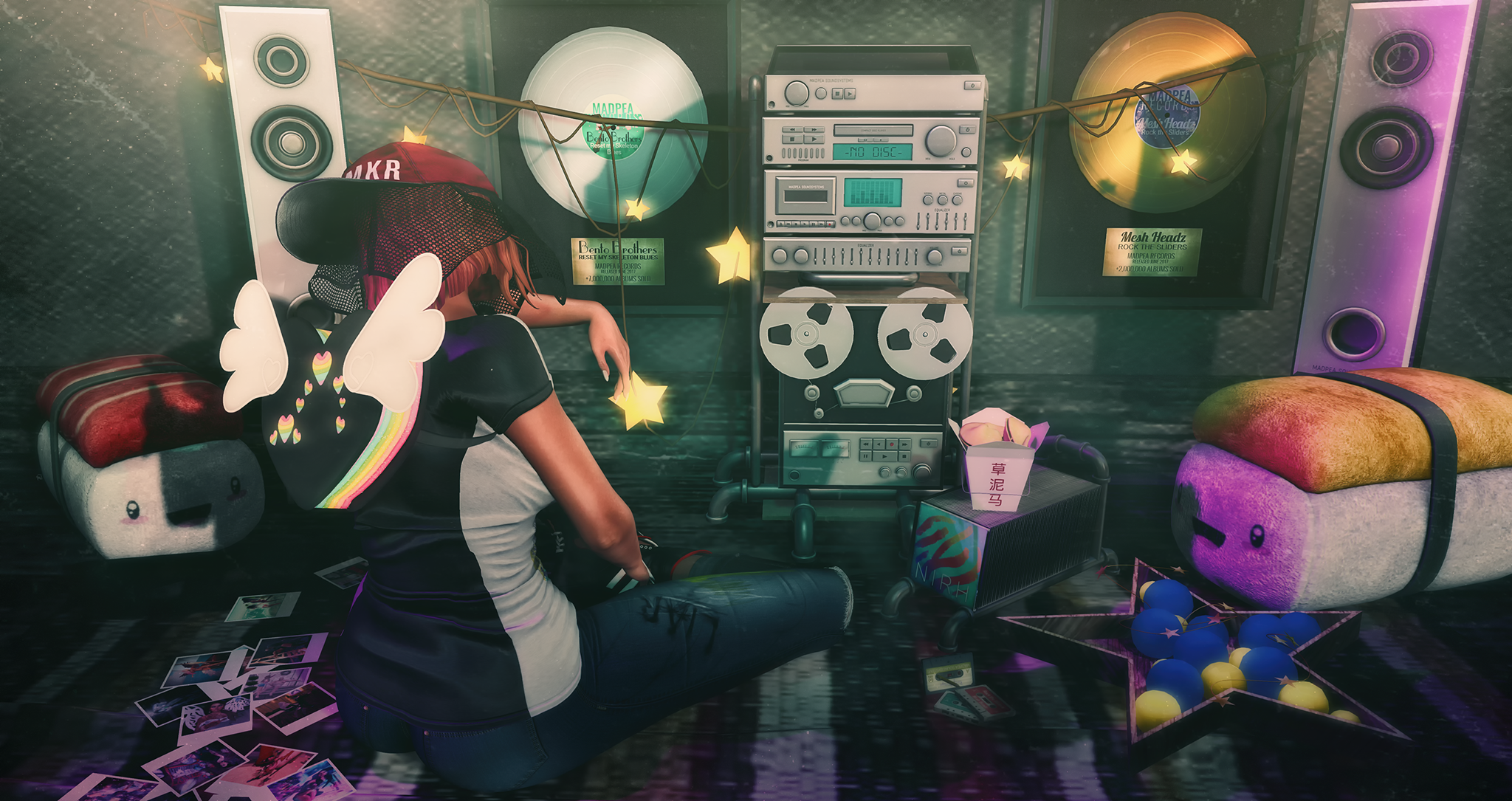