April 21, 2017
“The world is a goddamned evil place, the strong prey on the weak, the rich on the poor; I’ve given up hope that there is a God that will save us all. How am I supposed to believe that there’s a heaven and a hell when all I see now is hell.”
― Aaron B. Powell, Doomsday Diaries III: Luke the Protector

Once the center of pharmaceutical greatness, San Mora is now a ruin of its former self. Quarantined at the outbreak of a deadly contagion of its own making, the population was left to survive the best they could. Without law and order the city descended into chaos. The fires have long since burned out, and the city is being reclaimed by a hostile Nature. But all that is silent is not necessarily empty. There are still those who roam among the ruins of San Mora. (Taken from HERE)

It's cold and rainy.  There is no place to run or hide.  There is nothing safe.  The result of a failed drug test.  They told her it would cure her.  Remove the disease inside her. In the end, all the drugs did was drag up the vile venom deep within creating what she is today.  A mutant with no home.  A creature who is part human and part one of the very things she despised most when she was human . .  a damned spider.  Each day she runs through all the crevices and corners of San Mora, hiding from the dreaded light.  At night she fights to protect her life and those who may hire her for money.  San Mora, once a beautiful city of progress and medical technology is now a shadow of its former glory.

San Mora is one of 15 sims created for this years Fantasy Faire!  Come join the role playing fun as well as all the great shopping, photo friendly areas and parties.  The Fantasy Faire is a Relay For Life Event!  So a lot of the proceeds go towards finding a cure for cancer. There are donation booths everywhere as well as special exclusive RFL items for you to purchase that go directly to Relay for Life. 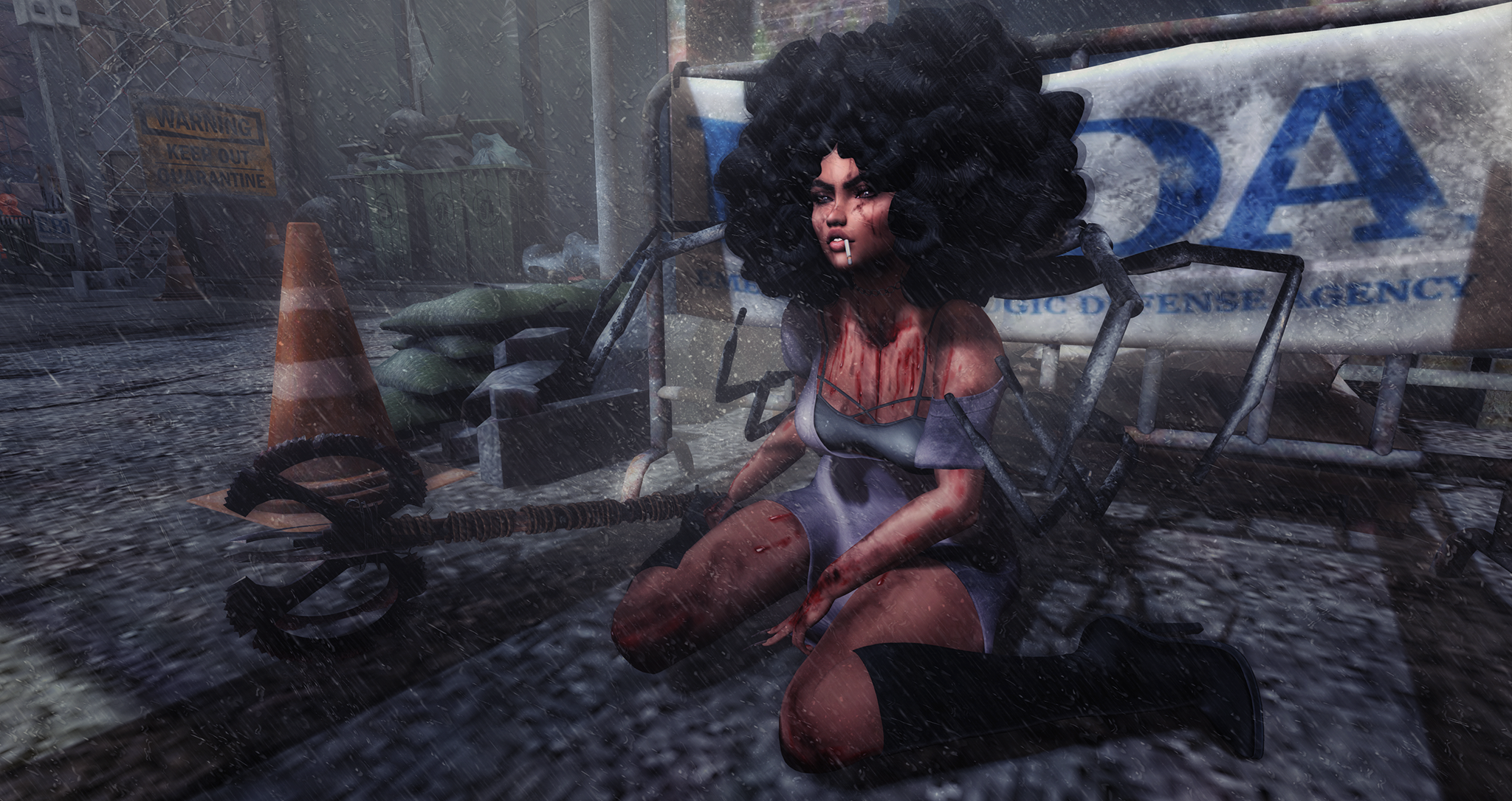 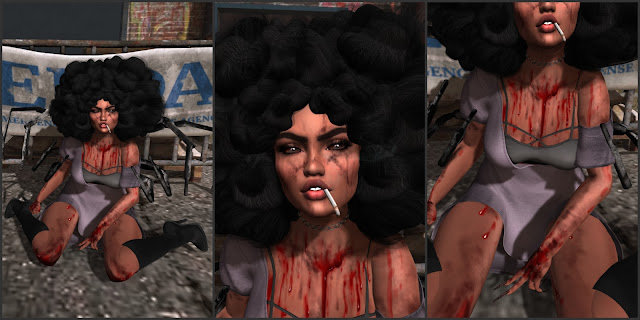 Photo taken on the San Mora sim (built by the designers of Death Row Designs) at The Fantasy Faire!