April 15, 2017
What if the democracy we thought we were serving no longer exists, and the Republic has become the very evil we have been fighting to destroy?
~Padme Amidala, Episode III

OMG!  As someone who is a huge Star Wars fan I almost fainted when I saw Curemores Epiphany gacha set.  And it contains not just 1 but 3 outfits plus and exclusive Slave Girl outfit.  Of course, none of these are named after the actual Star Wars characters as they are copyrighted but they are inspired by them.  The gacha is called "Star Girls" and the rares include 2 gowns inspired by Padme Amidala from Star Wars Episodes 1 and 2.  While these two movies tend to be the least favorites in the franchise they contained some of the most elaborate and beautiful costumes in the series. The ultra rare is the Supreme Commander uniform (female version) and the event exclusive is the slave girl outfit based off of Star Wars Episode 6 Leia outfit.  I hope you enjoy this post! 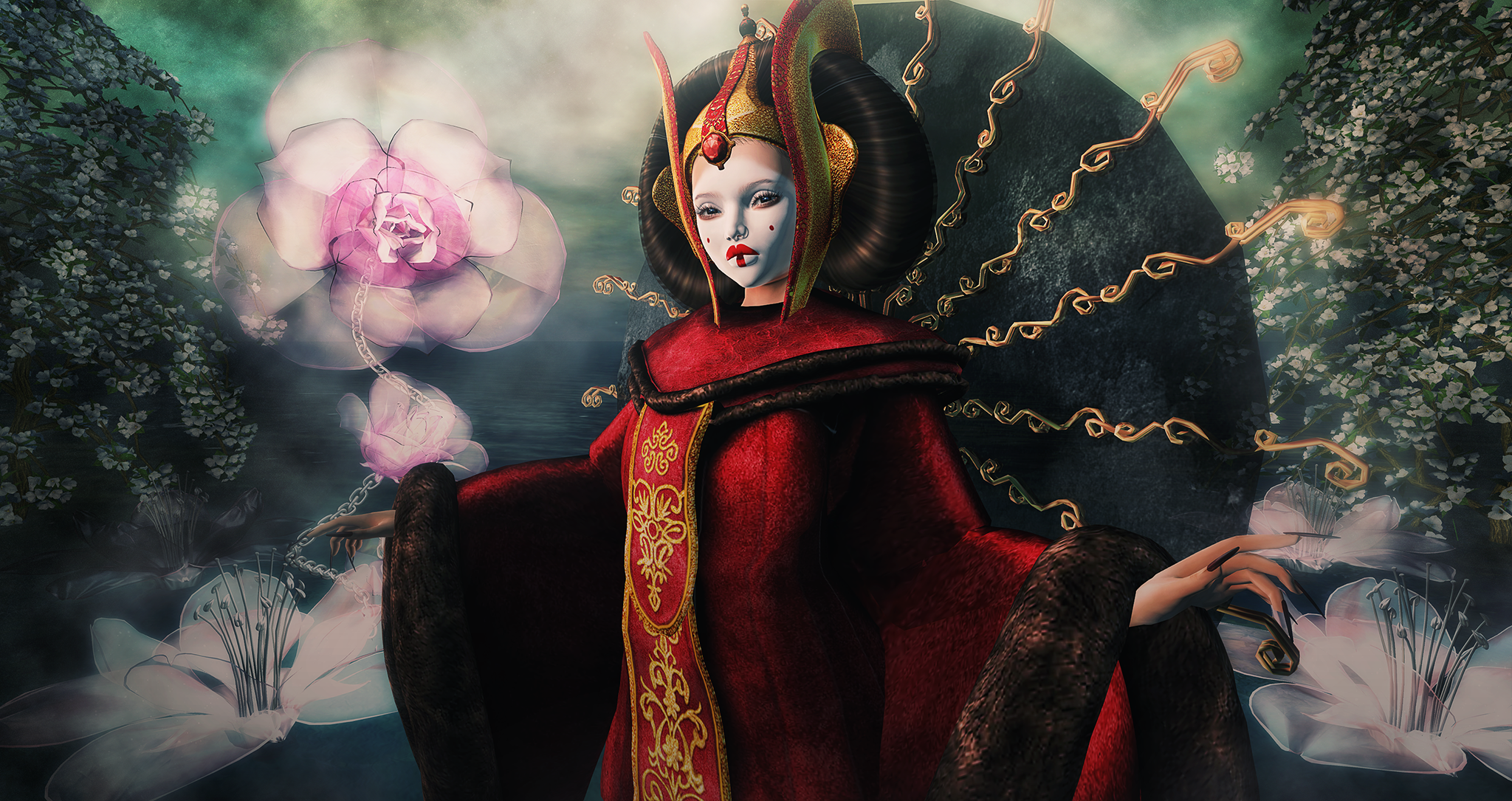