Spring is coming so I thought doing a little post as tribute to the God Pan would suffice.  Mushilu has a super neat gacha perfect for those who wish to be half deer/goat at The Fantasy Gacha,  The event has been extended until February 20th since the sim had to move.  I know, its the same time as The Arcade but its full of fantasy goodies like this set so do visit.

For those who do not know who Pan is here is info from GreekMythology.com:
Pan was the god of the wild, hunting and companion of the nymphs. He was depicted as being half human, while having the legs and horns of a goat, just like a faun; his Roman counterpart was Faunus. 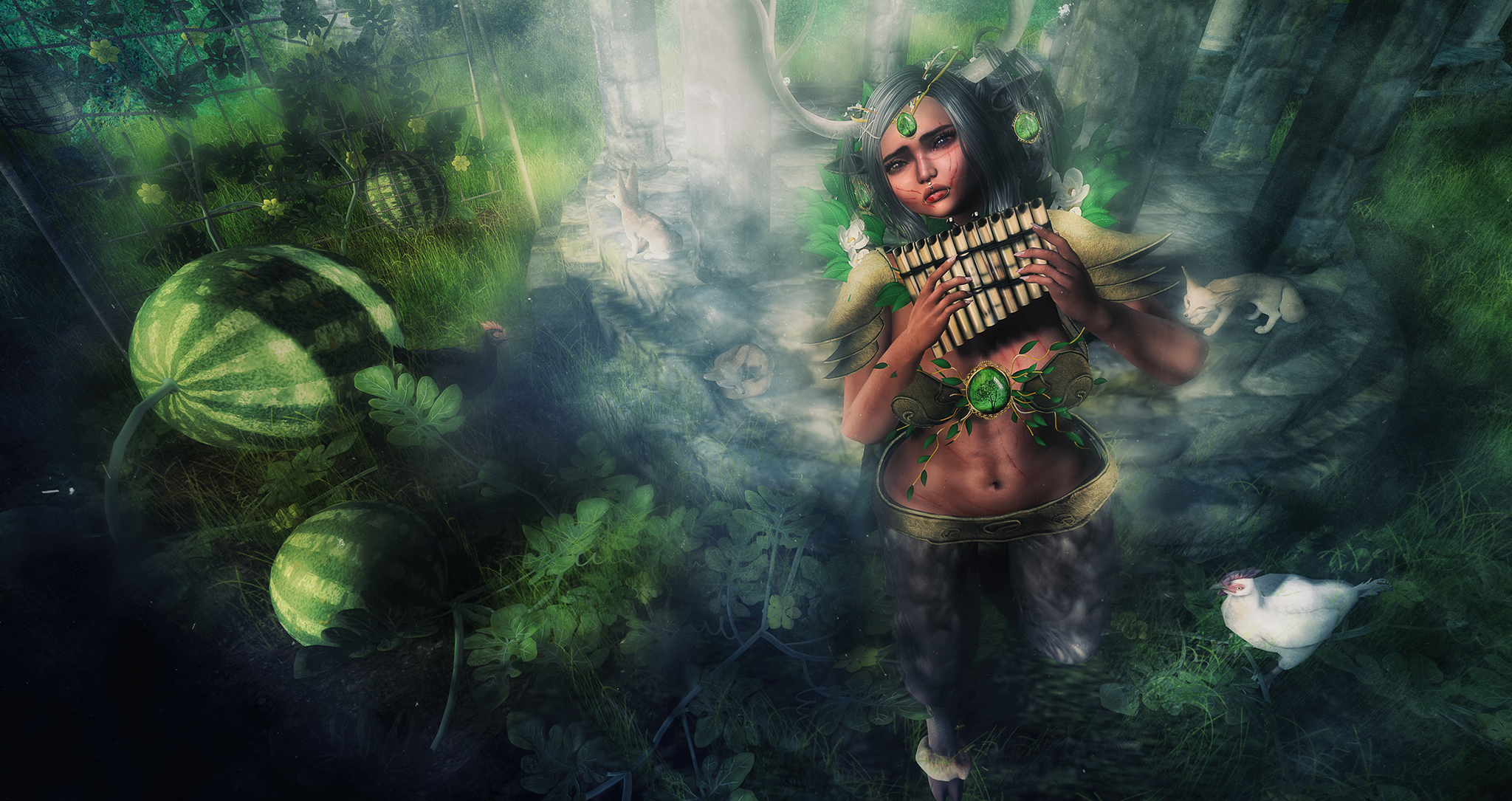