January 23, 2017
The Universe, so far as we can observe it, is a wonderful and immense engine; its extent, its order, its beauty, its cruelty, makes it alike impressive.
— George Santayana, The Life of Reason, 1916.

The Epiphany event is full of so many awesome creations I cant stop blogging them for you!!  Una has created a unique set for the gacha event.  Its a space suit gachas with a cute space ship.  There are 2 suits: A full body suit and a short body suit.  They are fitted mesh and should fit most mesh bodies using your alpha HUD.  I wanted to create a image that utilized some of the aspects of Jules Verne and the silent movie Le Voyage dans la Lune.  Its a really famous movie it's likeness (an inspiration for it I supposed) was shown in the music video for "Tonight, Tonight" by The Smashing Pumpkins. 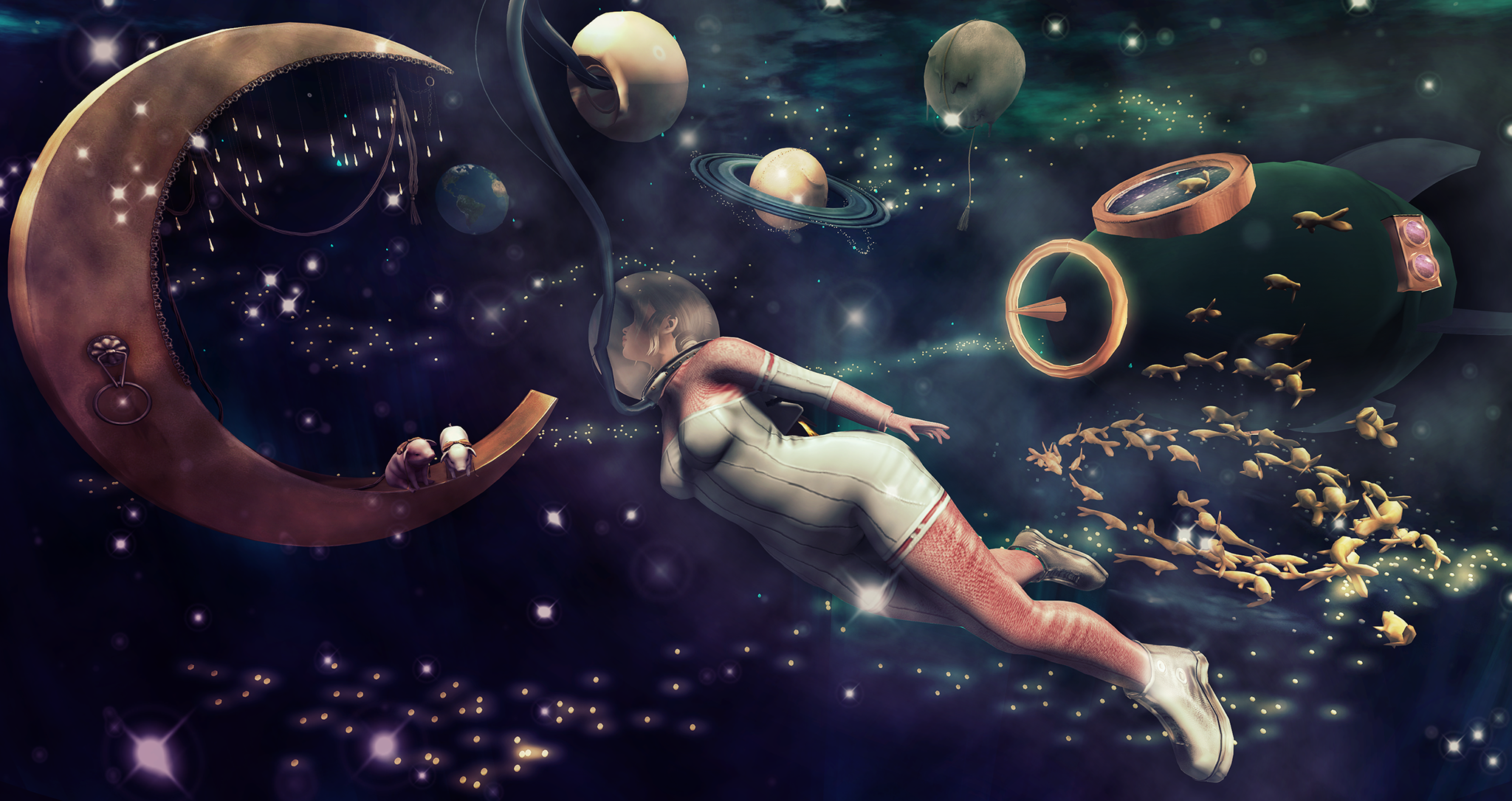