January 28, 2017
Loneliness and the feeling of being unwanted is the most terrible poverty.
~Mother Teresa

Soul has two very awesome creations coming out in February!!  The first is a new set of Uni Ears for The Coven.  They are heart shaped fantasy ears which are super adorable!  The second is a new Snow toned skin, for both men and women, with all appliers for body and head and mouths included!!!  As well as system skins too.  It will be at the upcoming round of We <3 Role-Play!!  The Coven opens on Feb 3rd and WLRP on February 4th.  Zenith has re-released their China gacha set with some cute dresses and accessories.  The dresses are now updated with better hands and can now fit mesh bodies better :)  Zenith also has a new group gift in celebration of the Chinese Lunar New Year!  It is the year of the rooster.  Check out her mainstore for both releases. 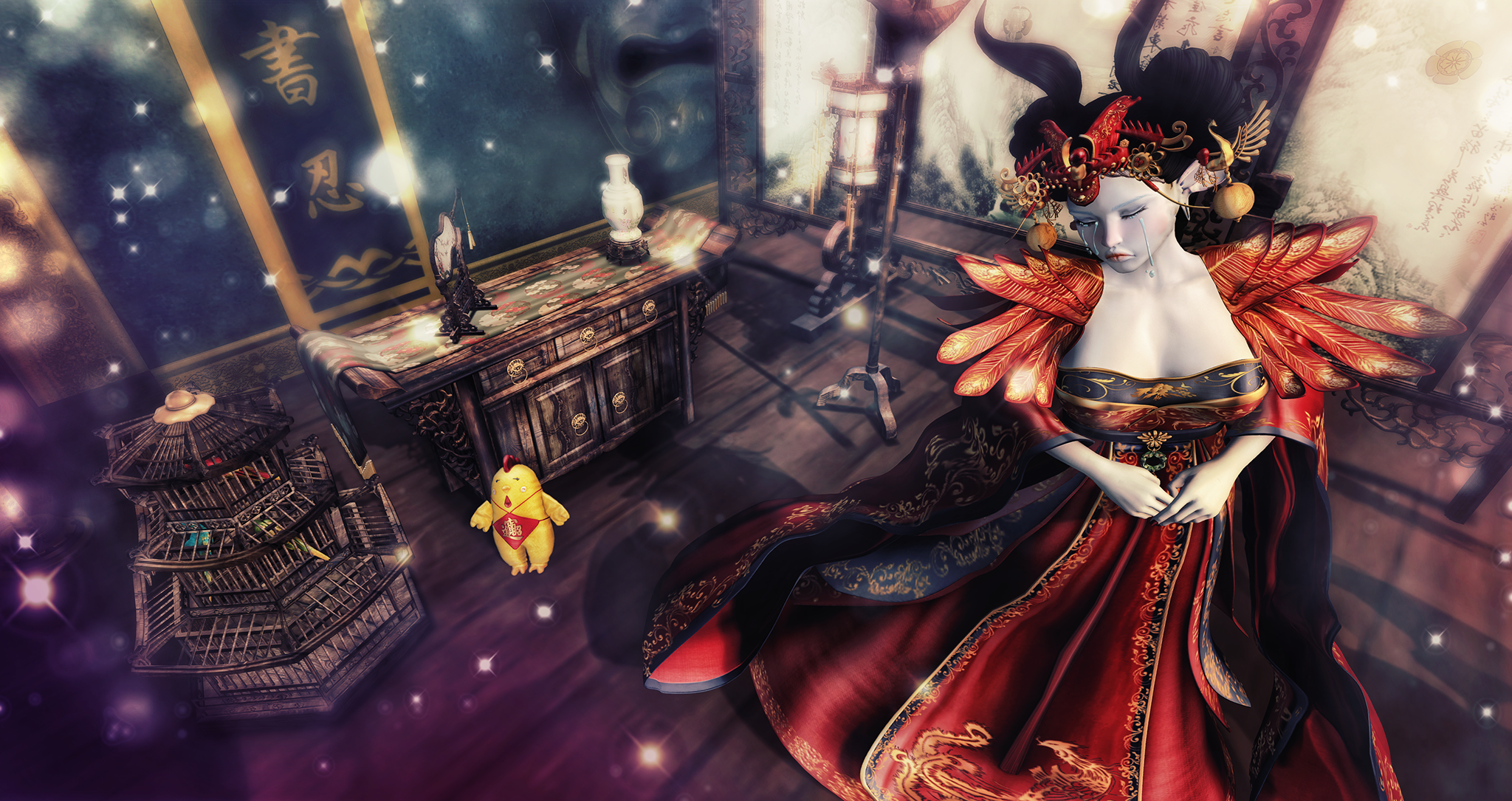 On Me:
Skin: Fala SE Snow (On Catwa Catya) *Coming Soon to We <3 Role-Play* & Lipstain in Autumn by Soul
Uni Ears v2 Heavy Heart by Soul *Coming Soon to The Coven*
Hair: Aneta by TKW
Collyrium Tears by Cureless
Pose: Belle 06 by Everglow