January 03, 2017
Dreams are more real than reality itself, they're closer to the self.
~ Gao Xingjian

Lots of gacha goodness in this post today!!  As you may (or may not) know there are a lot of gacha events currently running in SL.  The Gacha Guardians has just started and The Fantasy Collective Lootbox round is still going strong.  Plus other events with heavy amounts of gachas like Sanarae and The Project Se7en are also now open.  Yokai has this cute fish themed gacha at The Gacha Guardians.  The way this event is played is slightly different than before.  Now, you no longer tp to each shop to get gems and there are now 2 gifts of the guardians instead of 1.  You have a 50/50 shot after 15 pulls to get one of the gifts.  Yes that means that you could play 30 times and get 2 of the same guardian gifts :(  The set comes with balloons with fish, decor fish and top hats with fish on them.  The second gacha set is by Pillows at Sanarae.  It is an adorable pink bedroom set.  The bed /futon is the rare.  For some reason when I opened this set I wanted to put it on water and be a mermaid on it.  Yeah, I know, weird right but I did it and I hope you like it! 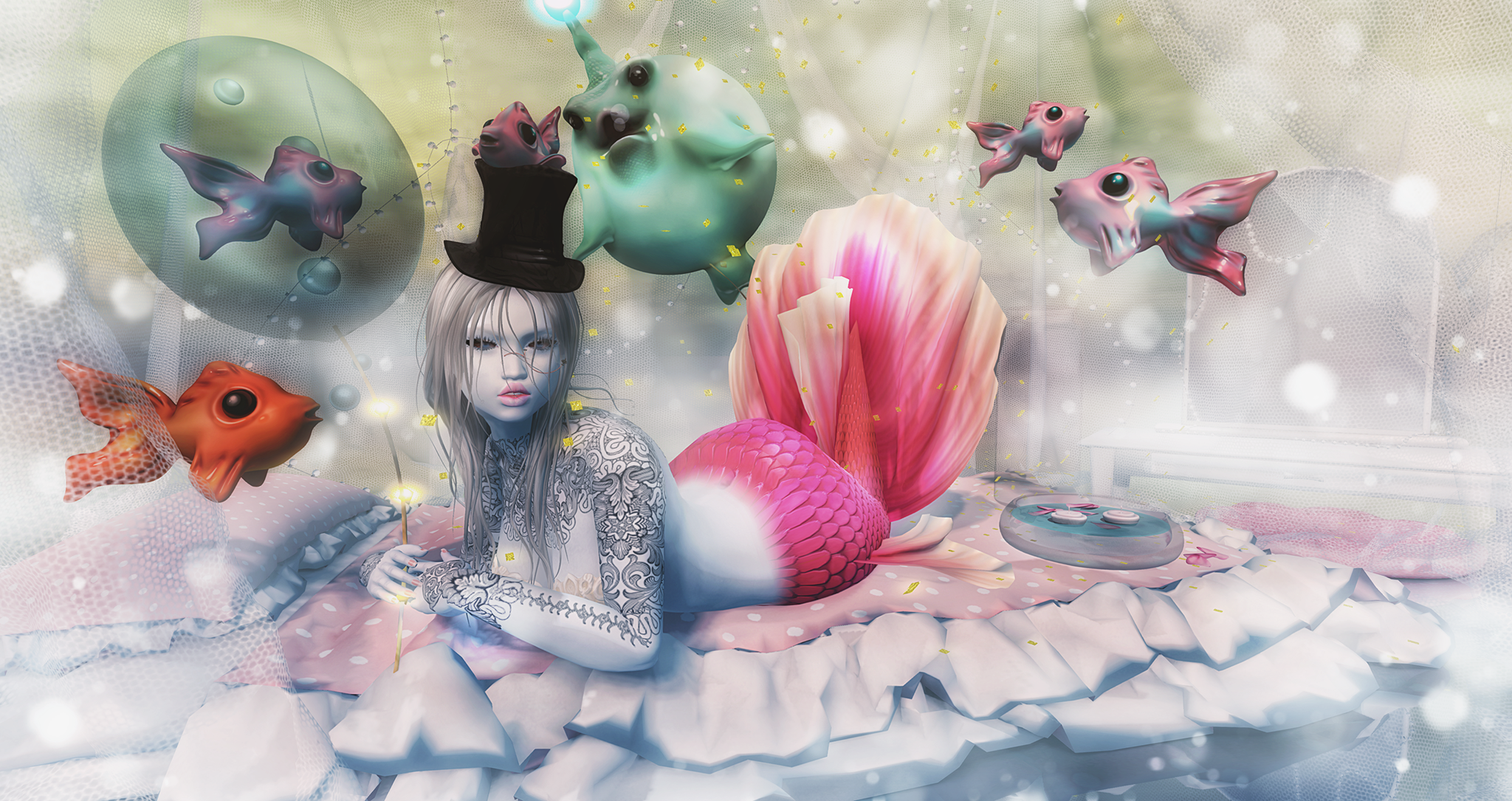