This image was inspired by a powerful piece of art i found on Tumblr HERE.   When I think of the future I do think of all the wonderful things that can come from social media and virtual reality but I also think of the consequences.  The neglect, and the possible merging of virtual and our reality.  The need to no longer be present in reality and thus the virtual becoming our only reality.  After all, why would you want anything else??  Some mixed old and new items in this set to flesh out a dystopian future that's not quite that far away.  Let us hope that most of us who would feel this way in the virtual world unplug from it instead of the other way out . . . 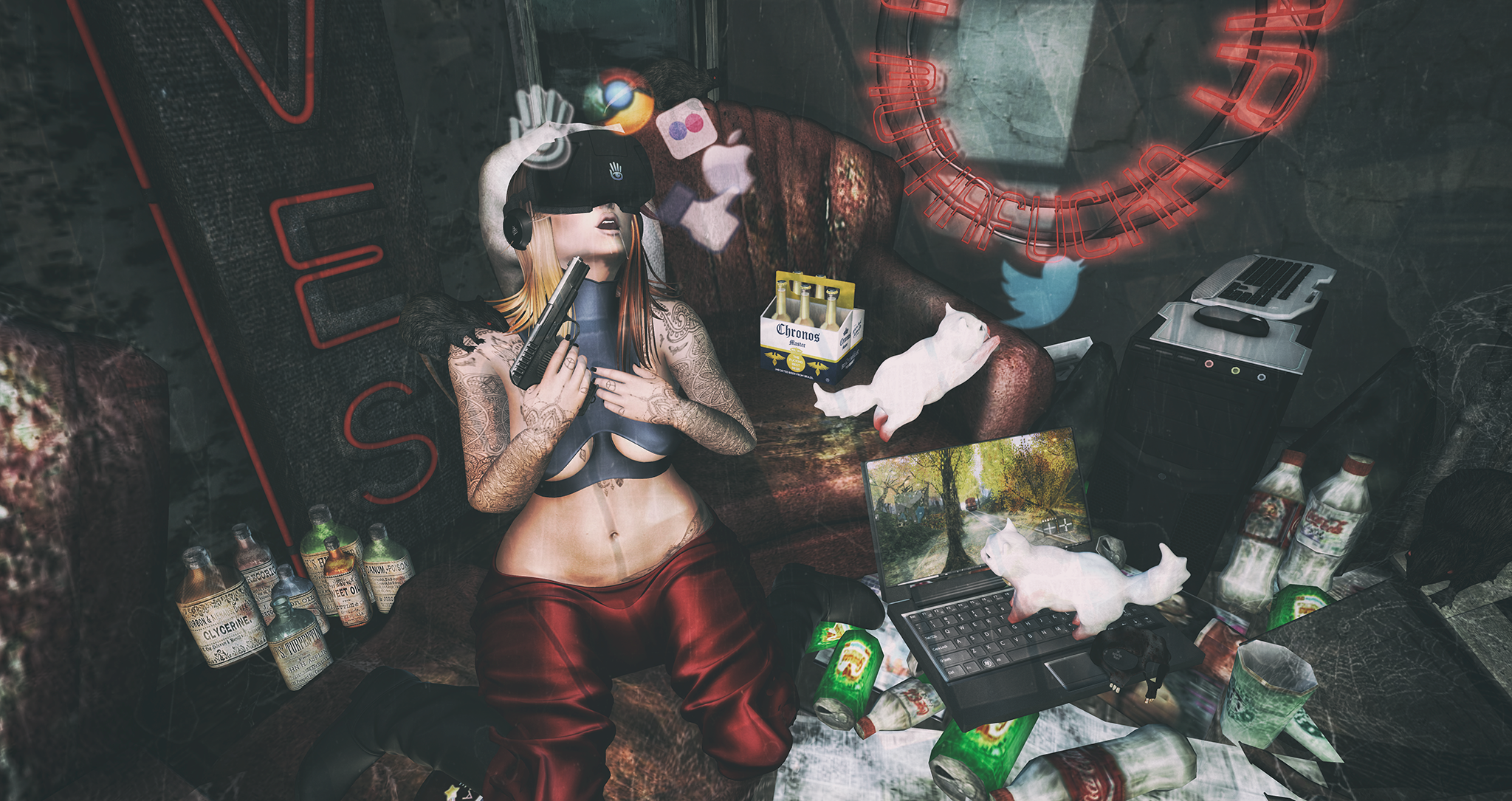