November 12, 2016
“If the account given in Genesis is really true, ought we not, after all, to thank this serpent? He was the first schoolmaster, the first advocate of learning, the first enemy of ignorance, the first to whisper in human ears the sacred word liberty.”
~Robert Green Ingersoll

Have you visited the Fantasy Gacha yet?? Its the final round for this amazing event ever!!!!!!!!!  Do not miss it!  Zeniths gacha there is amazing.  I am sporting the outfit and rare crown.  It is stunning and has a white and dark version. I wanted to do a white and black contrast using Plastiks new skin at We <3 Role-Play.  There is a male and female version of the skin too.  The skin includes appliers for just about every major body and head so you have lots to choose from!  I also won the ultra rare dragon from Curemore's gacha at TFG so I had to put it in this picture and set it to an epic song from an Agalloch album. 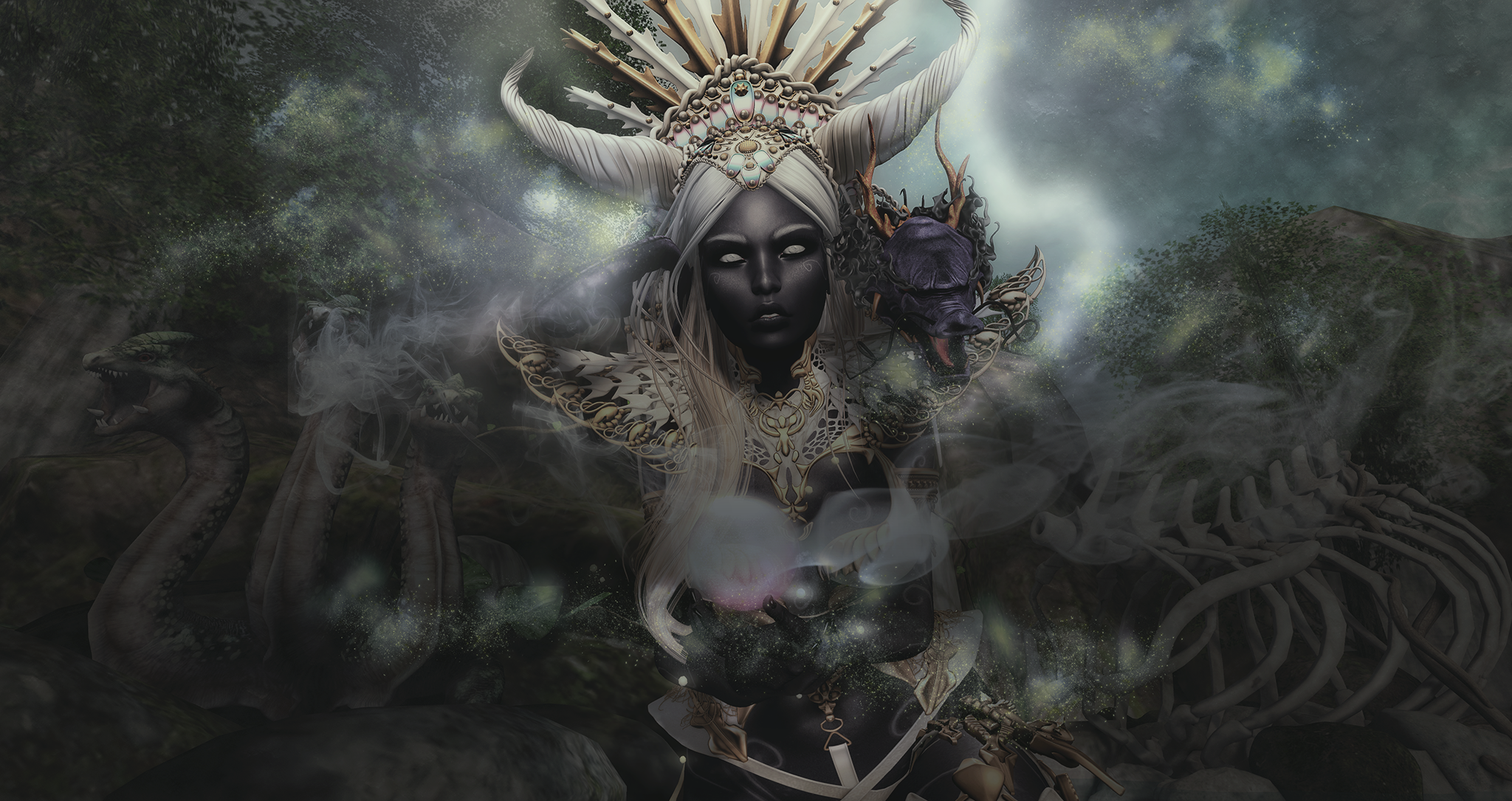