Howdy y'all.  Just channeling my inner Rogue, thats Anna Marie from X-Men.  Love sent her new hair for Comic Con and its for Rogue!  Its so awesome.  I am on a superhero/villain kick so I had to make one for the character.  Be on the look out for more superhero/villain goodness this month too!  This outfit is one I had to put together as there are no good Rogue outfits for mesh bodies.  Yes, I know there is one on the marketplace with Omega Appliers but the textures are pre-HD ones (think back to lolas and phat azz).  Converted old layers never look as good on mesh bodies and can even be blurry.  So I decided to go on a grand hunt for a bodysuit that would fit Rogue.  I was trying on random stuff from my inventory when I put on Blueberry and VOILA!  I went back to the shop and got the outfit in the mint and yellow (yes I had to buy 2 to get this look as the shrug is the same color as the bodysuit).  The boots are by The Forge and are a new gacha.  It should be at his mainstore so check it out! 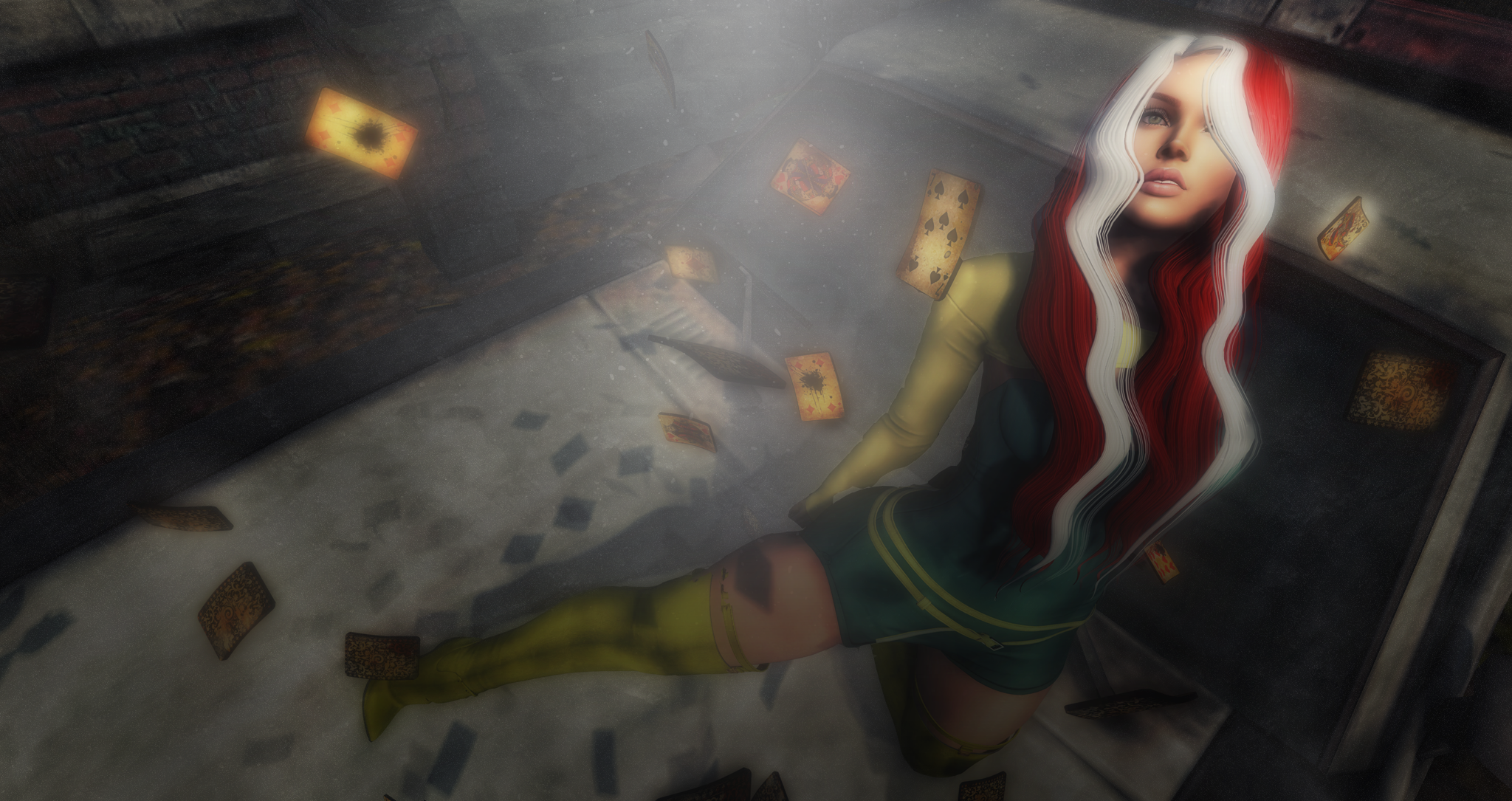